Today (January 24th), Midnight has released their new album, Rebirth by Blasphemy, via Metal Blade Records. “‘Rebirth By Blasphemy‘ is a rebirth,” states Midnight‘s sole driving force, Athenar. “It’s a change in life and it’s a rebirth of doing whatever the fuck you want and seeing what happens after that. It’s about saying yes, taking opportunities, taking a fucking chance.” These sentiments are backed up by the notorious – and prolific – underground band’s trademark blend of speed metal, black metal and punk rock, sounding both fuller and more raucous than ever before.

For a preview of Rebirth by Blasphemy, a new video for the single “Fucking Speed and Darkness” look no further…

Fans can purchase and stream Rebirth by Blasphemy at: metalblade.com/midnight – where the record is available in the following formats: 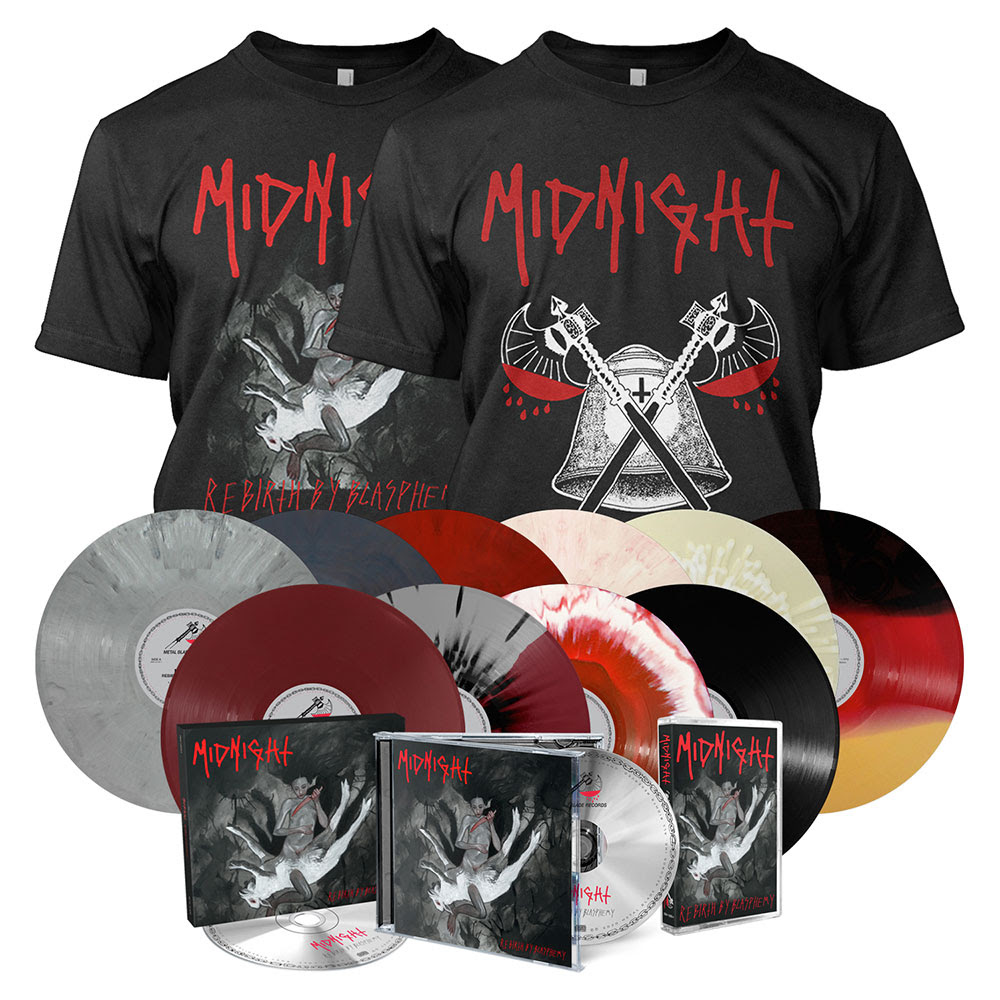 Dating back to the band’s inception in 2002, vocalist/guitarist/bassist/drummer Athenar has always known exactly what he wanted Midnight to be, and over the course of countless demos, EPs, compilations, splits and three full-lengths he has stayed true to his roots. There is no denying that, like its predecessors, Rebirth By Blasphemy is a ruthlessly catchy collection, every song, vicious as they are, wielding the kind of hooks that sink deep and don’t let go.

Handling every instrument himself and being quite unfussy when it comes to production typically means that the recording process is a straightforward one for Midnight, and this time was no different. Staying in his home town of Cleveland, he opted to record at Mercenary Studios with the assistance of Noah Buchanan, laying the drums down in a day, the guitars in a little more than that, bass in a few hours, and then tracking the vocals to two or three songs a day. “I think there’s really no production value on the album, it’s really just get in there, press record and see what happens. Maybe you can tell that the sessions went pretty quickly when you listen to it. There are so-called mistakes, of course, but I wouldn’t have it any other way.” He also wouldn’t have it any other way when it comes to touring this latest collection hard, with a lot of dates with a variety of bands already locked down. “It’s the rebirth, it’s saying fuck it and getting out there and doing what you’re supposed to do, and we’re supposed to play music. If people want to damage their ears by listening to it, that’s welcomed.” 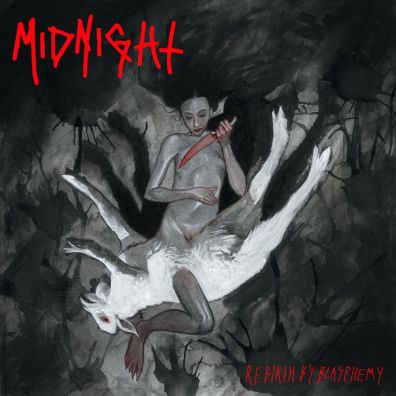 Rebirth by Blasphemy track-listing
1. Fucking Speed and Darkness
2. Rebirth by Blasphemy
3. Escape the Grave
4. Devil’s Excrement
5. Rising Scum
6. Warning from the Reaper
7. Cursed Possessions
8. Raw Attack
9. The Sounds of Hell
10. You Can Drag Me Through Fire 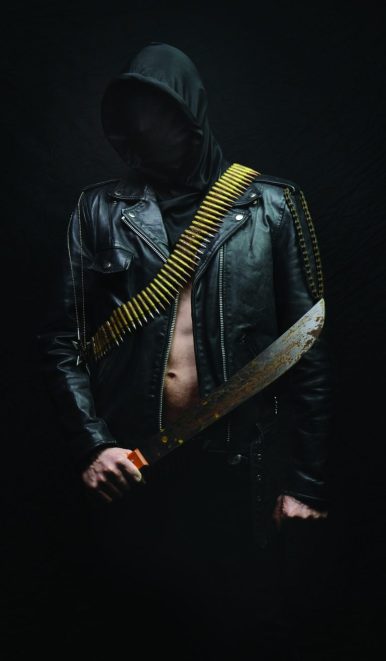