Hostile Defiance is exactly what its title suggests. A 42-minute full on attack, the thrash faction hold nothing back as they unleash hell as only they can, yet with more variety and dynamics than ever before. “We wanted to sonically progress, incorporating more melodic elements in the music as well as more rhythmic variety,” states vocalist Mem Von Stein. “We are a lot braver trying to create an up to date and relevant sound that can easily stand alone in today’s thrash landscape without sounding trite or a throwback, and we’re challenging the listener not to get too comfortable with one specific feel, tempo or pace.”

For a preview of the album, the video for the first single, “Hostile Defiance”, can be seen at: metalblade.com/exumer. The clip was created by renowned cover artist Costin Chioreanu (At The Gates, Voivod, etc.), who also made the album artwork and layout for Hostile Defiance.

Fans can pre-order Hostile Defiance at metalblade.com/exumer in the following formats: 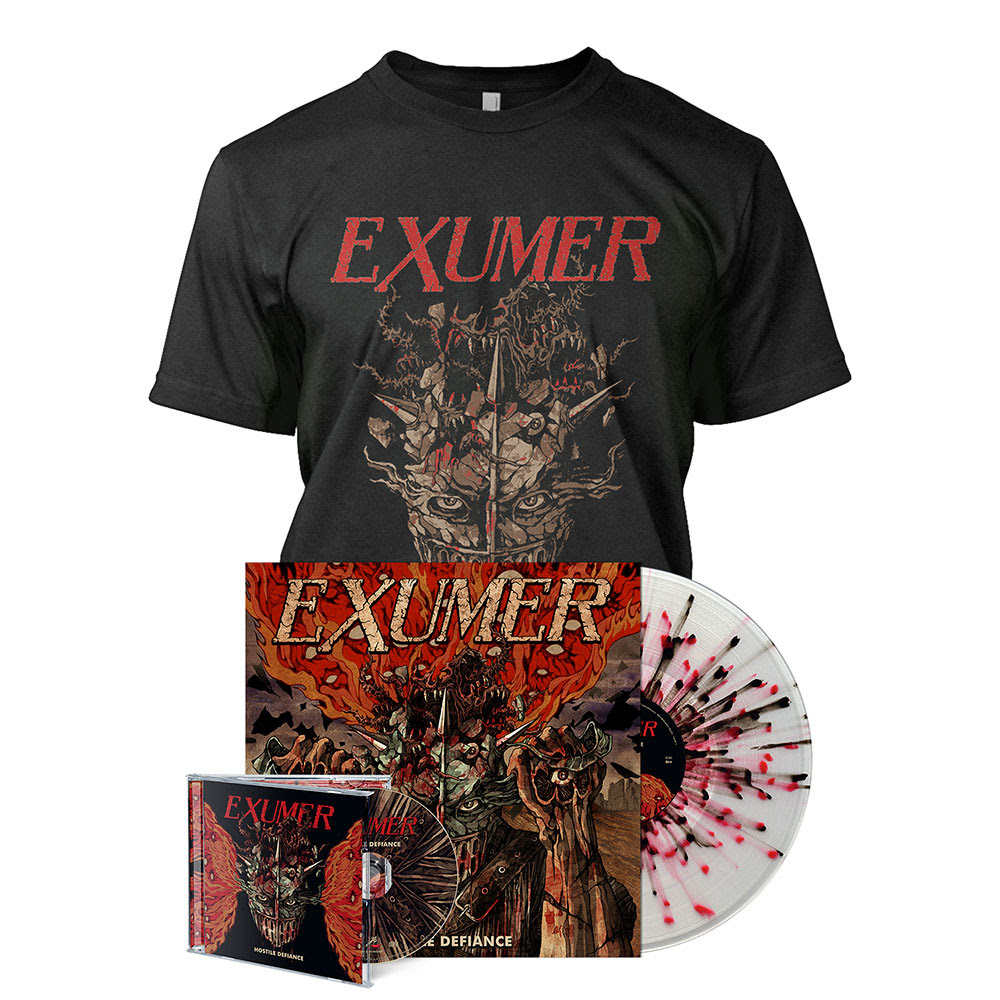 Hostile Defiance marks Exumer‘s third time working with producer Dennis Koehne (Sodom, Melechesh). Tracking the album in studios in Dortmund and Frankfurt, the sessions were marked with “super positive vibes all around with a strong, driven work ethic to create an optimal product.” The band plans to tour the record hard, and will be hitting the road in Europe when the album drops, and from that point onward, they will be visiting as many countries as possible. “Our goal is simple: to further establish the band as one of the main German thrash metal acts that began in the 1980s and are now carrying the torch into the 2020s.”

Exumer will be touring Europe around album release and will present new songs, plus their classics, on the road. See below for all dates and GET YOUR TICKETS HERE!