Skip to content
AUDIOTOPSY, the American heavy rock quartet featuring the deft musical talents of guitarist Greg Tribbett and drummer Matt McDonough – both of Grammy-nominated metal band Mudvayne – as well as Billy Keeton of Skrape and bassist Perry Stern, will release their second full-length release, The Real Now͟, on November 2, 2018 via Megaforce Records. Self-produced with vocal production and mixing completed by Dave Fortman (Evanescence, Slipknot, Mudvayne), The Real Now is available for pre-order now via Amazon, and will be available via more digital retailers very soon.
Today, the band is pleased to reveal the first single cut from The Real Now͟, the grooving “What Am I?”, via Guitar World. Listen here: https://www.guitarworld.com/news/audiotopsy-premiere-new-single-what-am-i 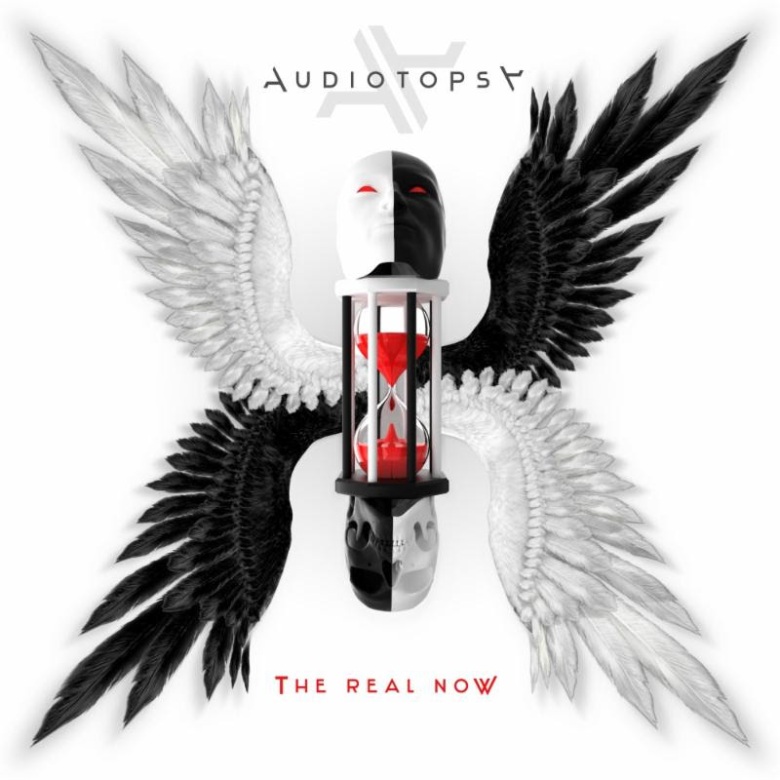 Guitarist Greg Tribbett says about the track: “‘What Am I?’ touches upon finding yourself and the true meaning of life. Life is ever-changing and you never know what is around the corner. Musically, I really wanted to concentrate on single note riffs in the verses. Something easy but mesmerizing. Then to a wide-open chorus. The bridge is single-noted as well with underlying picking patterns leaving room for vocal melodies.”
“This record is really well rounded with the AUDIOTOPSY sound. There are very cool atmospheric vibes as well as old school metal riffs! Enjoy.”
He adds information regarding the guitars used on the album: “The guitars on this album were recorded at Valve Studios in Dallas. I used my Legator Guitars along with a Mesa Dual Rectifier and an Egnator Armageddon Head. This is a combined sound you will hear. Also used DR Strings for that crisp attack. I tried something different on this record and tuned down to A for all the songs. Low aggressive vibe.”
Featuring both fast-paced headbangers and melodic, grooving anthems, The Real Now conjures nostalgic turn-of-the-century alt-metal influences while never sacrificing crystal clean, modern metallic drive and swagger. Heart-clenching vocals and unforgettable guitar riffs grip the listener from track one. Tracks like “Panic On The Airwaves” and “What Am I?” summon deep, numbing grooves while driving anthems like “Hologram” feature non-stop power rhythms and energy. No AUDIOTOPSY release would be complete without a melodic climax, which comes in the form of the chill-inspiring track “Hurt Down”.
The Real Now track listing:
1) War
2) Hologram
3) Panic on the Airwaves
4) Fade Away
5) Hurt Down
6) What Am I?
7) If Only
8) A Death Benefit
AUDIOTOPSY began writing together in 2014 with the goal of setting themselves apart with their songwriting and dynamic presentation. Upon quickly recognizing the chemistry, they began the journey of recording their debut album, Natural Causes. Metal Injection praised the album’s energy, describing it as “remarkable”, while Metal Wani called it “a welcome surprise to the metal scene” and New Noise Magazine dubbed it “an artfully inspired rock and metal mixture”. The Real Now builds upon that praise, and then some.
Stay tuned for more news coming soon regarding The Real Now.