GOATWHORE has confirmed a string of live dates this August surrounding their appearance at this year’s edition of Psycho Las Vegas at Mandalay Bay Resort And Casino.

Set to commence August 13th in Lubbock, Texas, the journey will make its way through ten cities upon its conclusion August 25th in Wichita, Kansas. Support will be provided by Cleveland metallic hardcore titans Ringworm. Additionally, GOATWHORE will appear at VanFest 2019 in Lafayette, Louisiana July 13th, Loud As Hell Fest in Alberta, Canada August 2nd, and Brash Brewing Company’s fourth anniversary show in Houston, Texas October 5th with more shows to be announced in the weeks to come. GOATWHORE is currently penning the follow-up to their unanimously adored Vengeful Ascension full-length. Released in 2017 via Metal Blade Records, Vengeful Ascension was captured at Earth Analog in Tolono, Illinois with longtime soundman and comrade Jarrett Pritchard (1349, Gruesome, Wolvhammer, Nocturnus AD) and serves as the band’s highest charting album to date earning the #4 position on Billboard’s Heatseeker Chart, #6 on the Hard Rock Sales Chart, #11 on the Independent Chart, #16 on the Hard Rock Chart, #18 on the Rock Sales Chart, #49 on the Top 200 Current Albums Chart, and #59 on the Top 200 Chart upon its first week of release.

Vengeful Ascension is out now on CD, vinyl, and digital formats. To preview and purchase the record, visit metalblade.com/goatwhore. 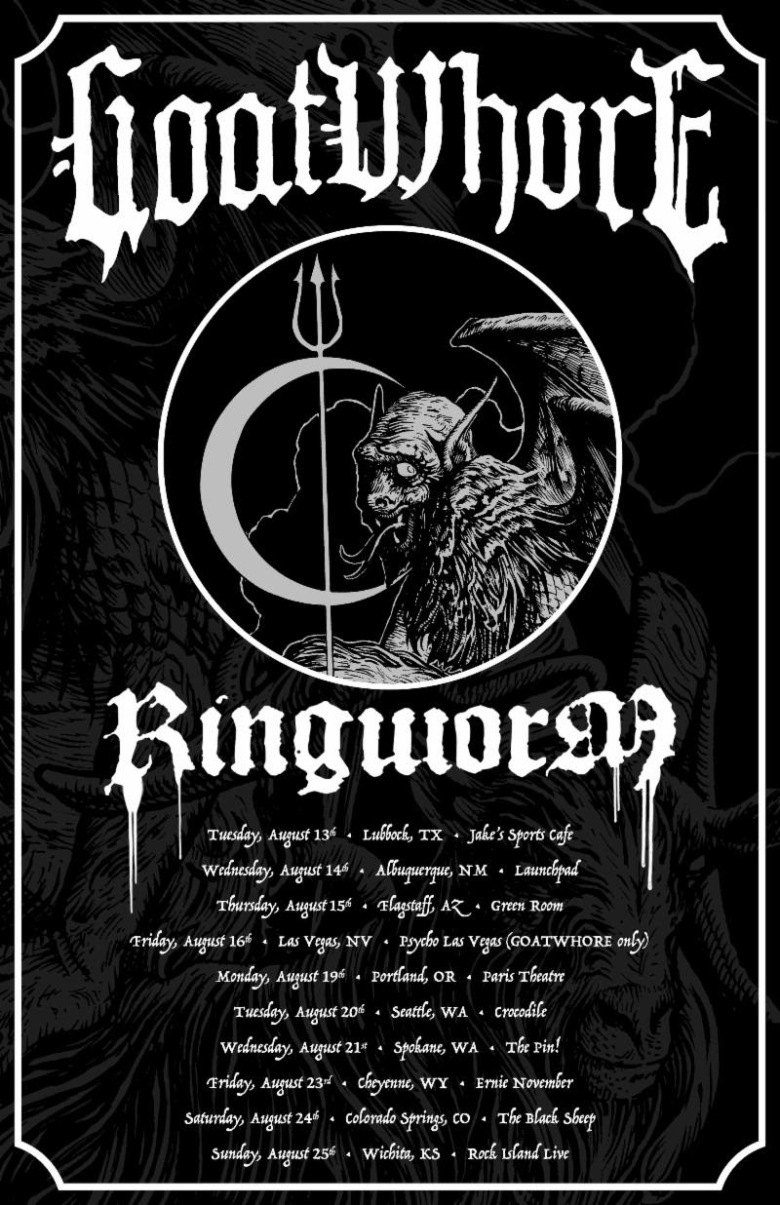 GET YOUR TICKETS HERE!