Right on time for the New Moon in Capricorn tomorrow night! YATRA has officially released their latest album Death Ritual today! I’ve been listening to it all morning; it’s doom with a bit of bounce to it. With songs like “Black Moon” and “Snakes in the Temple” I would def throw this in one of my “Witchy Shit Playlist” posts. For those of you who are new to YATRA, don’t worry about it — they’re a fairly new doom metal group from Maryland (and I’m already hooked).

YATRA is a journey into mountainous sounds, transcending into the deep forests of primeval times. Born from the ashes of the Maryland doom band Blood Raven, the new three-piece emerged in 2017 as frontman Dana Helmuth’s new vehicle to embrace the darkness and doom. Confident in Maria Geisbert and Mike Tull as his new rhythm section, Helmuth’s inspiration was fueled exponentially. 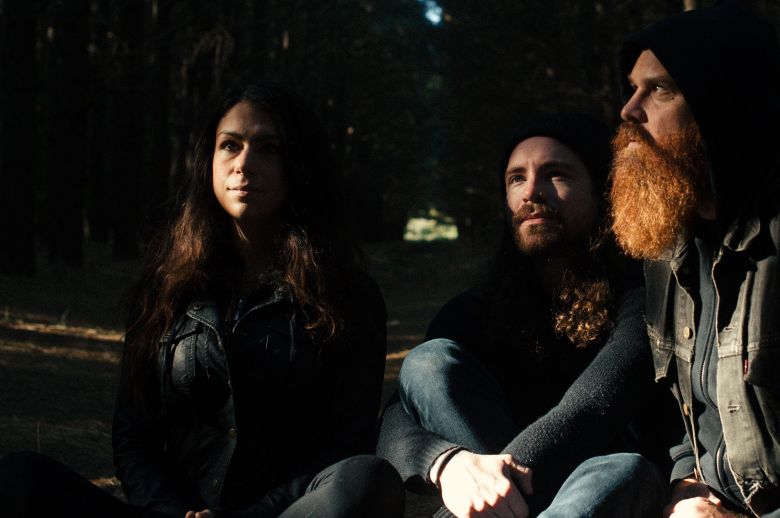 “We had moved back to the country, into a small cottage in the woods, with no plumbing for the first three months we were there,” describes Helmuth. “We had an outhouse and outdoor shower. It was primitive, and it was during that time that I started writing all the material for Death Ritual. The solitude and the darkness of the night put me in a space of prolific writing and I wrote all eight songs in a month. We rehearsed three times a week and immediately started playing live shows regularly in Baltimore and New York City. We were able to channel that same darkness in the writing, also into our live shows, and the positive response was tremendous and really pushed us harder on our journey.”

In fact, “journey” is exactly what YATRA symbolizes. While traveling through Nepal and the Himalayas by motorcycle in 2013, Helmuth learned the native word “yatra” which means journey or pilgrimage, which he later recalled as the namesake of this new doom trio. The band’s eclectic sound combines the harsh, distorted vocal sounds of black metal over slow, heavy doom drones, fuzzed-out sludge riffs, and a tight rhythm section maintained by Maria Geisbert on bass and Mike Tull on drums. YATRA’s sound clearly conveys heavy worship and dedication to tone. Helmuth’s lyrics draw from fantasy and are influenced by the writings of Howard, Lovecraft, Auel, Tolkien, as well as many references to Norse mythology and Pagan ritual. No love or politics. Fans of Electric Wizard, Cough, and Sleep will find plenty to love in Death Ritual.

They will be on a small tour this year with fellow doomheads such as: TOKE, GREENFIEND, TOMBTOKER, CLOUDS TASTE SATANIC, MATTE BLACK, SLEEPING VILLAGE, BACKWOODS PAYBACK, DECAP ATTACK, RUBY THE HATCHET, BOOK OF WYRMS, and HAZE MAGE. 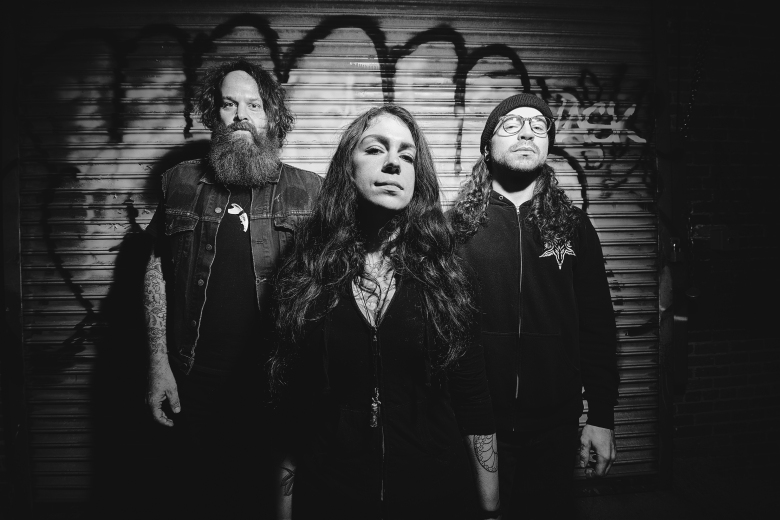 Death Ritual is now available HERE and check out their MERCH HERE!

1. Hour of the Dragon

4. Snakes in the Temple

🌍The hero we wait for never shows, but the armour at our side fits perfectly🌎
Forgot to post this 🤘🏻😛🤟🏾😜
Can ya guess which ones are for dogs? 🐕😏😈😂
Testing testing... 😆 I'm trying out a new path (well inching my way towards it) 👀🤪. I think I'd much rather be a photographer and videographer instead of having a regular shmegular jawb. I know, dumb idea right? Let's try it!!
Went and saw @jordanpeele's #NOPEmovie last night.... FUUUUCK I gotta see it again lol 😆 I can't wait for the day colleges around the world talk about this man -- this literal fucking genius -- in film history classes. I will re-enroll just so I can hear them talk about The Jordan Peele era. This is definitely his time right now. Killin the game 🎯 AND handing out Black History lessons. Ugh... It was worth the wait. The cinematography..... I need names. Lol 🤣🤣🤣
@safewordlosangeles will be having another event on July 23rd ⛓️❤️⛓️ The Last Supper