Divina Autem Et Aniles carries its listeners back to an era where unabridged heaviness and darkness reigned supreme. Of the record’s weighty themes, vocalist Jason Barron notes, “I was going through an extremely dark time in my personal life. I had the perfect dark cloud for proper inspiration for a ’90s-style doom/death metal band with a name meaning ‘beautiful death:’ Tasting a small portion of bliss and having it taken away forever, severe depression, madness, relationships, complete and total loss – all the formulæ for life itself. ‘Give No More,’ for example, was the first song I wrote for PULCHRA MORTE. It’s about an individual suffering from major disease, depression, and utter madness, composing his own epitaph, completely accepting his failure, and giving up, happily ending his life. The album is filled with stories of embracing death and the end, and also the new beginnings that death brings.” 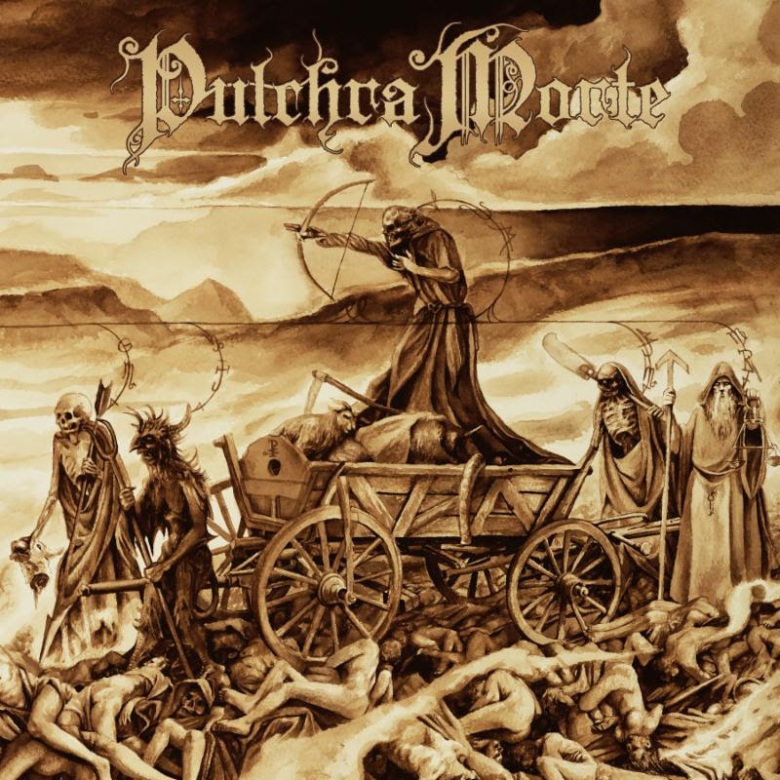 Adds Pritchard, “As we move forward, the subject matter will broaden, not only with darkness but in ways, certain levels of empowerment; perhaps the shift where a person goes from being the pawn to the hand. Not by ignoring it, but by embracing what is. We are all interested in a vast number of topics that are applied in everyday life, ranging from Hermetic philosophy to Crowley and Austin Spare, writings by everyone from Israel Regardie to Terence McKenna, traversing dimensional barriers, hallucinogenic communication, ritual Magick, conspiracy… The world is a dark place. There is no shortage of such topics to reflect on all around us.”

PULCHRA MORTE is planning a number of appearances throughout 2019 in support of Divina Autem Et Aniles and are already hard at work on the follow-up album.

This is their first single titled “Soulstentch” from the new album that can be PRE-ORDERED HERE!

🏁🚘☀️🔥
It's aliiiiiiive!!! #STONERMETALSATURDAY is back and I'm happy as fuck 😈😁💖💗💕💓
So one of my old friends thought that I was straight? 🤣 uhmm lol
Feeling a little better... thank you for the comments and DMs throughout the week.
Been in self care mode for a bit. I guess I can finally admit... all the times I disappeared from MFKNZINE was because of my PTSD from all that fucked up shit that happened to me. I had to drop everything to pull myself back together. I'm doing it again now, hopefully for the last time. I'm tired of having to pause my dreams and my life cause I'm depressed or having a PTSD moment (which leads to depression).
😈💖NEW MERCH ALERT! Sending out my items today! Thought I'd add another one while I was at it! 1 of 1 rare photo for $6.66 USD is LIVE in my #MFKNMERCH store! Only 6 are available! Comes with a little something extra 😈💖