Female-fronted bands are not a novelty, they are a necessity… and you need to hear this shit. VINTERSEA is a Portland-based metal band headed by a pint-sized demon named Avienne! This band has a penchant for blood and getting in trouble on Facebook for some “side boob” action (really Facebook? Eat shit).  They recently released a new LP The Gravity of Fall, and music video, and a crazy tour with The Anima Effect! These guys are busy. We had no time to hang around after their show in Chico, but I did get to catch up with them post-show!

VNTS: It all started with this little website called Craigslist… ;p Avienne and Jorma came across a posting of a band looking for a vocalist, and they both responded to it. Jorma started jamming with the guys as a guitarist, and Avienne tried out as a vocalist. Little did they know, they found their home in the band as the respective vocalist and guitarist.

MFKN: If you could describe your sound in 3 words or less what would they be?

VNTS: UNBOUNDED, UNCHARTED, and fun. We’re all making music we’ve always wanted to hear, and that itself is fun as hell.

VNTS: Devin Townsend, Ne Obliviscaris, and Behemoth are huge inspirations for us if we had to name a few.

MFKN: What is your artistic process?

VNTS: First thing is we do is to discuss what we want to achieve in the album as far as the concept, tone, and themes. Then, the axe-wielding guitarists get together to write the riffs. We come together with our ideas and pick out what gets us going musically and emotionally.

VNTS: Hard to pick just one! We are so happy with The Host because of the atmosphere and concept, and Skies Set Ablaze has a special place in our hearts because it was our first music video and was shot in the snowy Pacific Northwest mountains. And we are so excited for the videos we will be releasing in the future!

VNTS: Last night of our tour with The Anima Effect and Devils of Loudun was absolutely nuts. Let’s say there was toilet paper, show fliers, and god knows what else tossed in the air and pit that night!

VNTS: It’s different for all of us, but we can agree that the Host always kicks off the show with an absolute banger! 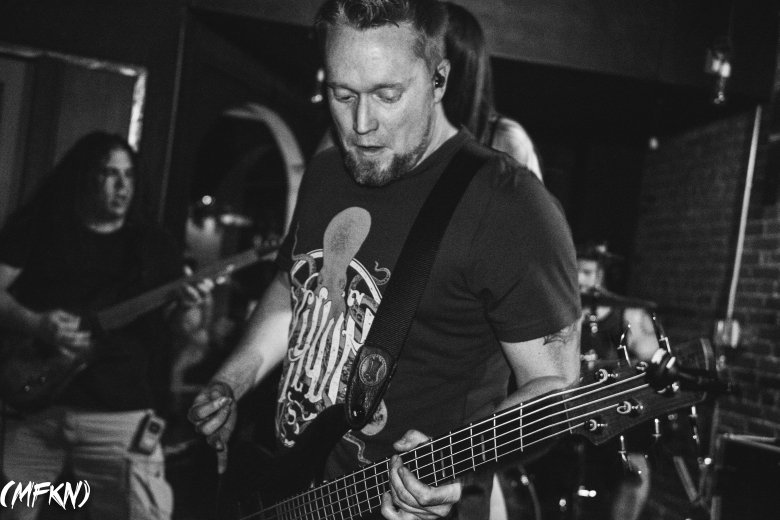 MFKN: If you could tour with any band who would it be (dream tour)?

VNTS: Any band that has been a huge inspiration to us! So Devin Townsend, Ne Obliviscaris, Ihsahn, Behemoth, Between the Buried and Me to name a few.

MFKN: Future goals for the band?

VNTS: Our goal first and foremost always, is to create a piece of work that incites deep emotions. We’d love to continue what we’re doing and tour nationally and internationally. And of course reach and connect with listeners around the world. 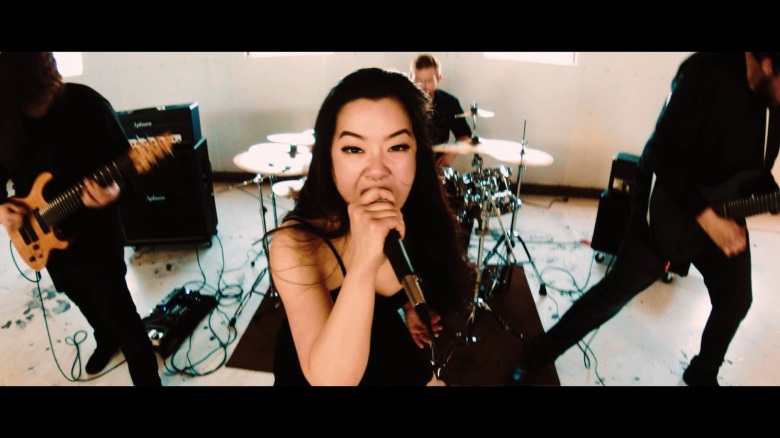 And now a quick sidebar with Avienne! Since the show we’ve been talking on Instagram (aww new friend!) about all kinds of crazy shit from bad relationshits to Michael Jackson’s Thriller album sped up on a record player (do it, thank me later). It’s crazy how petite and powerful she is all at once. Damn near gave me a heart attack when she jumped of stage into the crowd (hahaha!). She’s as savage as she is sweet; you’d hardly know her amazing talent of duality were combined in the same vessel.

Avienne: Atmospheric horror movies that grip at something so quiet yet primal appeals to me. The Woman and Antichrist are a couple of movies that come to mind.

MFKN: What was your FIRST metal band?

Avienne: To be honest I can’t say for sure! I grew up listening to a lot of 70’s music so I wouldn’t be surprised if it were The Eagles or Carpenters. But the first band I remember actively grooving along to was Linkin Park.

Avienne: The moment I saw Brody Dalle from The Distillers walk into the frame in “Drain the Blood” was a moment that I knew I wanted to be as cool as a woman like her (still working on it!). Some of my other favorite bands with badass front women are Jinjer and Unleash the Archers!

MFKN: How long have you been singing?

Avienne: Some of my earliest memories singing are in front of the television at the top my lungs to Linkin Park’s “Crawling”. I haven’t stopped singing since then!

MFKN: what made you choose to sing metal/how did you get into it?

Avienne: To be honest it all started when I wanted to sing (or scream) along to my favorite music. I recorded an awful cover of The Chariot’s “Evan Perks”, and I didn’t look back since then! MFKN: Who was your personal hero/role model as a kid?

Avienne: This is embarrassing to admit but Janis Ian from the movie Mean Girls was a huge inspiration to me growing up. I remember laying on the eyeliner thick, and slashing all my clothes to look like her because I thought she was the coolest character ever.

MFKN: Do you have a message for other girls who want to sing metal as well?

Avienne: Fuck the haters, and scream like no one cares. Always be your truest self because no one can be a better you. And eat your vegetables ❤